Get Your First Step To Make Money Online

Simply enter your email address below:
Sign Me Up!
* we will not spam, rent, or sell your information... *

law common to i LIVE 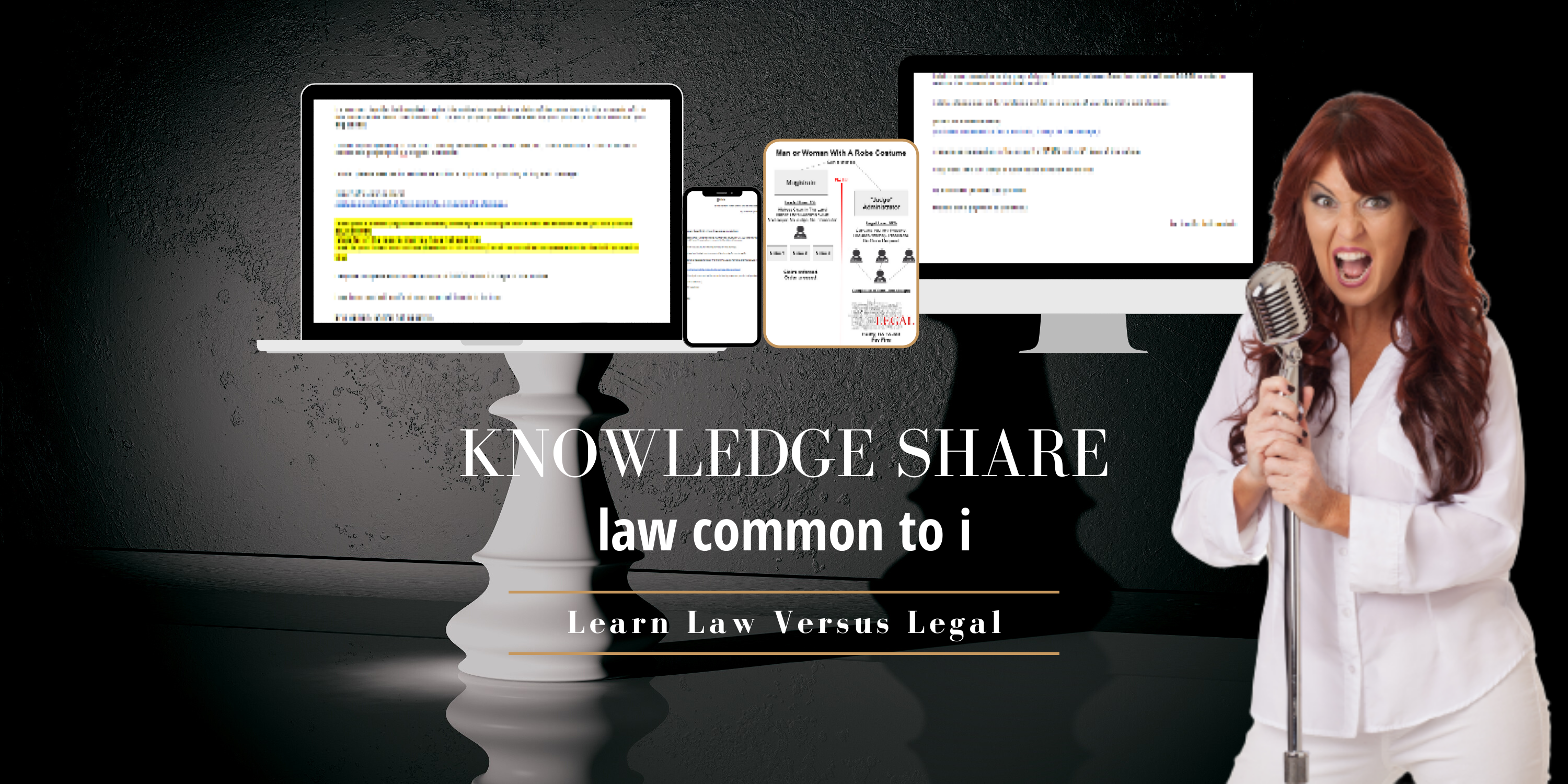 The Life You Want, The Freedom You Want... The Protection That You Want,
Is Going To Be Fueled By The Knowledge You Learn...

Attention: All those of mankind who at times act as:
employees, parents, lawyers, law enforcement officers, students, citizens...

Are You Ready To Learn How To Remove ALL Controversey & Complaints From The Legal World Without Needing A Lawyer But Don't Know Where To Start? All You Need Is law.

This Knowledge Will Simplify All The Noise Online And Cut Right To The Chase Without Any Complicated Paperwork Or Status Change Or Legal Knowledge Needed.

"Those In Government Do NOT Want You To Know This"

There are too many influencers talking
about so many different "ways"...

"You just need to file a lawsuit!"

"You just need a tort claim"

"You just need the constitution!"

"You just need to authenticate your birth certificate!"

"You just need to know if you are the creditor, debtor, trustee etc!"

"You just need to vote them out of office next time!"

"You just need to impeach them or hold a protest or something!"

"You just need a medical or religious exemption!"

How many of you have heard any one of these confusing scenarios?

Imagine being in a room full of like-minded men and women learning the difference between law and legal and learning how to hold your own court and then going back and running the show in your town.
No more masks
No more vaccines
No more unlawful legal complaints
No more quitting your job
No more moving out of state

Every connection you make is one more of mankind standing up against tyranny.
With so much knowledge packed into one event, you will walk away stronger, bolder and armed with the law that has been erased from your memory, until now.
*Snack, water, coffee & lunch provided

Those who want to have their homework reviewed can and enjoy a casual day by the pool.
Bring your laptops
Bring your notices printed or in Google Drive
Take any photos you like for social media

"I'm so glad that I attended!"

"I met so many people that are ready to stand together."

The one thing aristocrats fear
is the day we all stand together.

But before that can happen, we all need to relearn how to stand
on our own in law as a man or woman. 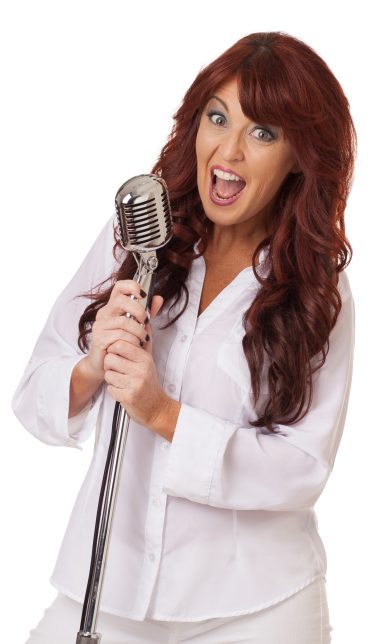 What if there are laws that shut down legal f*ckery?
What if law has been hidden and replaced with legal?
What if every man, woman and son/daughter could enforce their law?
~without lawyers
~without legalese
~without petitions, protests and revolutions
Or any of that confusing noise that all the influencers are sharing in random videos… 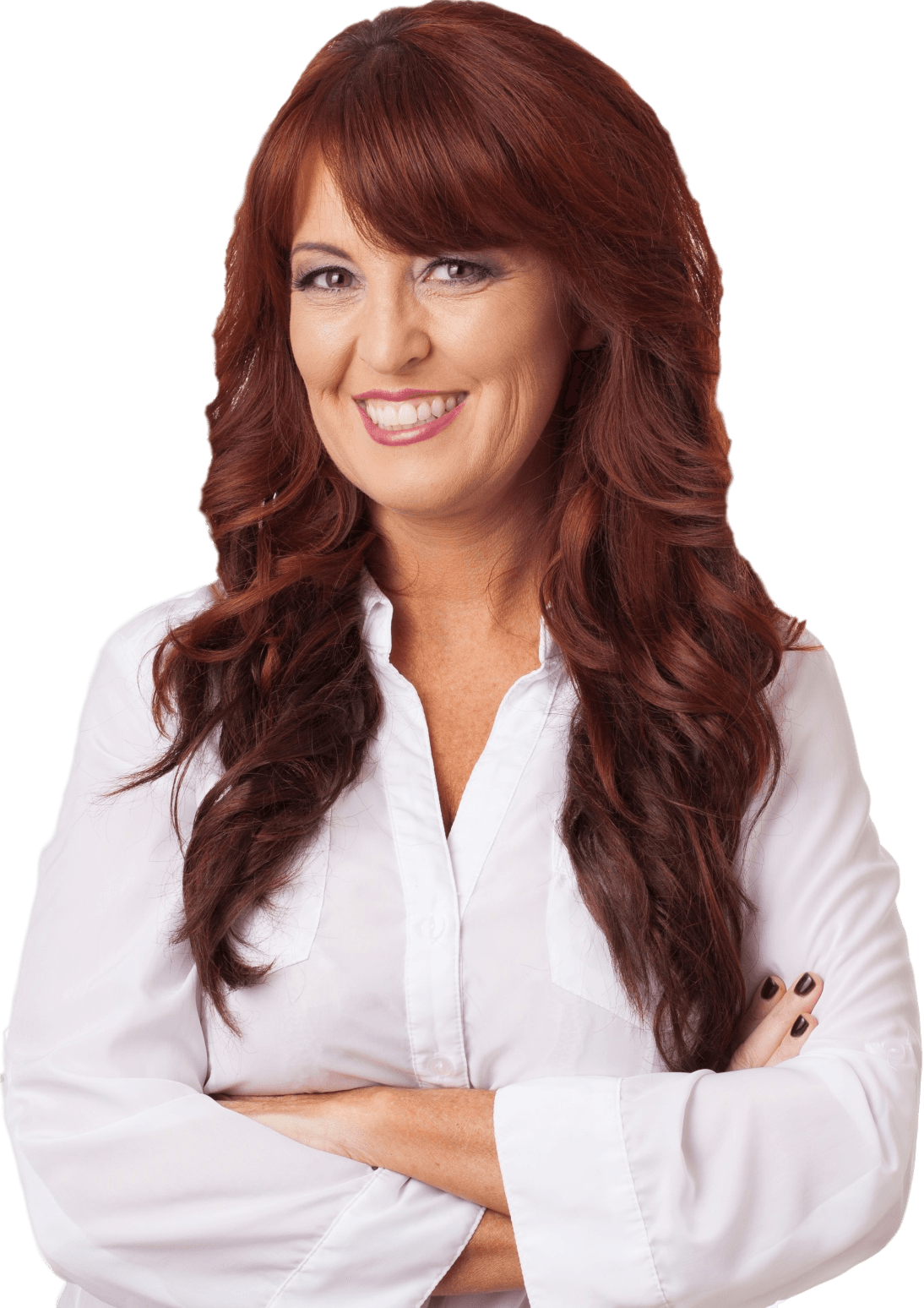 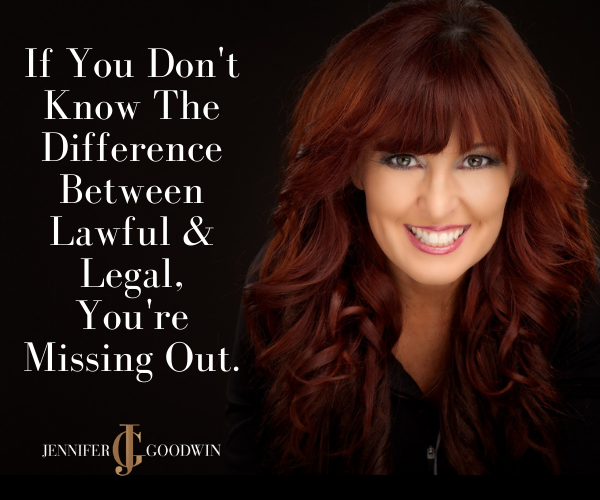 It was 2019 and I was 49 years old questioning how to find my passion when I was still running a 25 year old marketing agency.
I was at the top of my career, commanding $2000 per hour and nothing felt fulfilling. I knew I had bigger goals, dreams, inventions, passions and purpose.
When the cabal started their latest agenda in 2020, I went to work for all of us. I sold my 4 bedroom home in Florida, bought an RV and drove off into uncharted territory to leave the world I knew behind and found what is true.
I also identified who was true, honorable and available to share this knowledge with me. 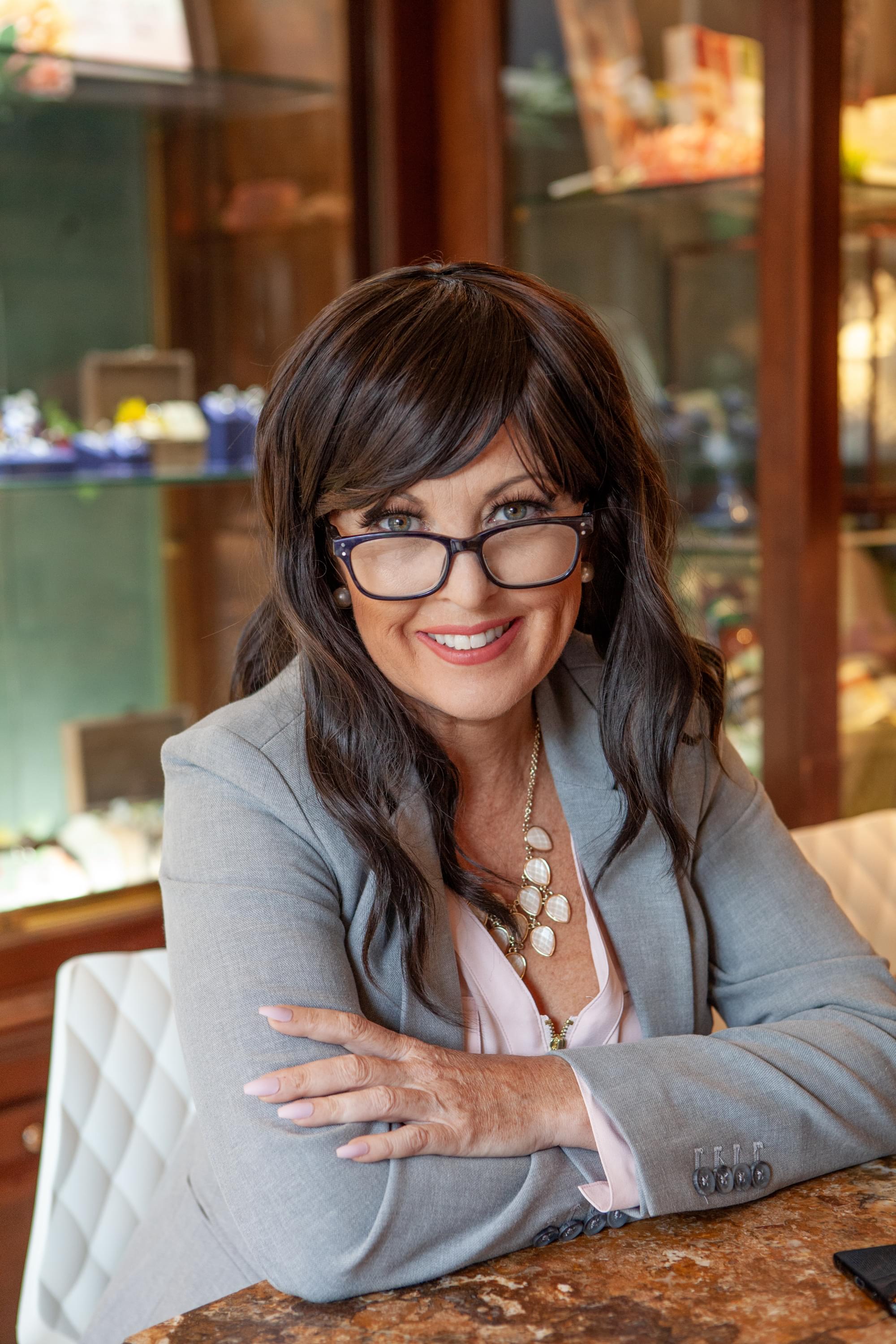 After filling in the final puzzle pieces of knowledge from mentors around the world like jon little...


I realized that my whole life had been a lie. I had graduated the police academy in 1996 thinking that I was going to "help my community"...boy was I wrong.
The police force had been brought in by the cabal to deteriorate the Sheriff's who protected Americans and kept the peace. The police force was for the sole purpose of being the armed thugs of a foreign corporation, designed to kidnap, extort and steal property by way of codes and statutes, not laws.
Once the veil was fully lifted, I was changed for good.
Now I conduct my business... as a woman;
Now, my property belongs to i, a woman;
Now, the fruits of my labor belong to i, a woman;
Now, there are no lies in my reality… or liars… anywhere;
Now, no one is controlling anything i, do… in any way;
Now i, still wish to see communities of free men and women living freely on the earth, but now i know what that’s actually going to take…
It’s going to take a lot of men and women… standing in their own authority, with full understanding of their rights...

If you have had any of the traumatic experiences like we have, you are probably so sick of those controlling the system telling you what to do and not acting as public servants...

What if our creator perfected law in the beginning and everything since, is not only man-made and flawed, but fraudulent?

And if it is fraudulent, it is VOID. 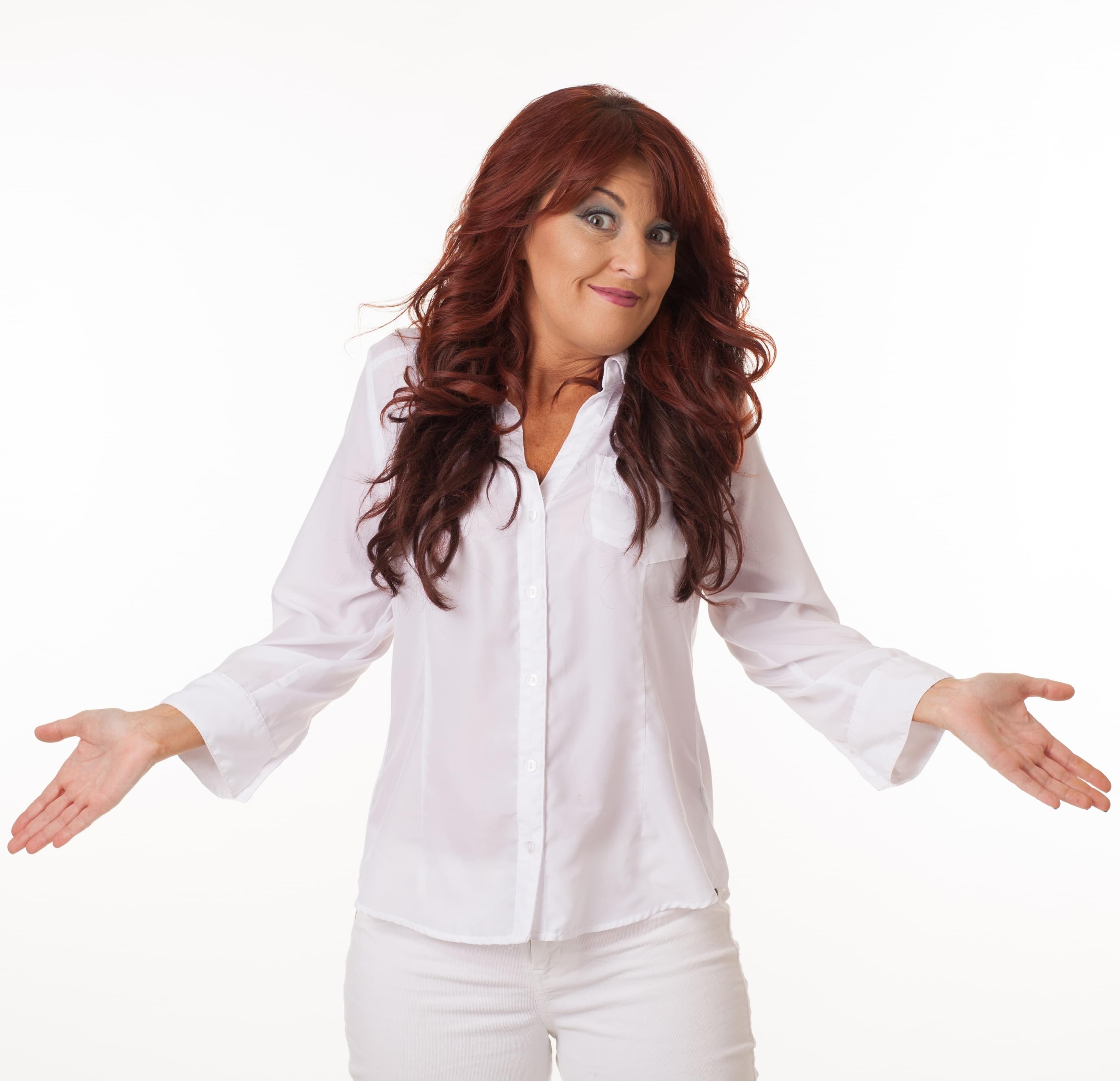 When I learned "law common to i", I used a lawful notice to shut down a law firm that stole $65k from my husband's bank account. They restored our property in 24 hours after receiving my lawful notice. Thank you Jennifer & Jon!

There are multiple hotels and airbnb's in the area of Lakewood Ranch, Florida.
You can stay at the intersection of 70 and 75 or head down to University Town Center with tons of restaurants, shopping, hotels, Whole Foods and more!
Feel free to plan your own meetup during the event as well! 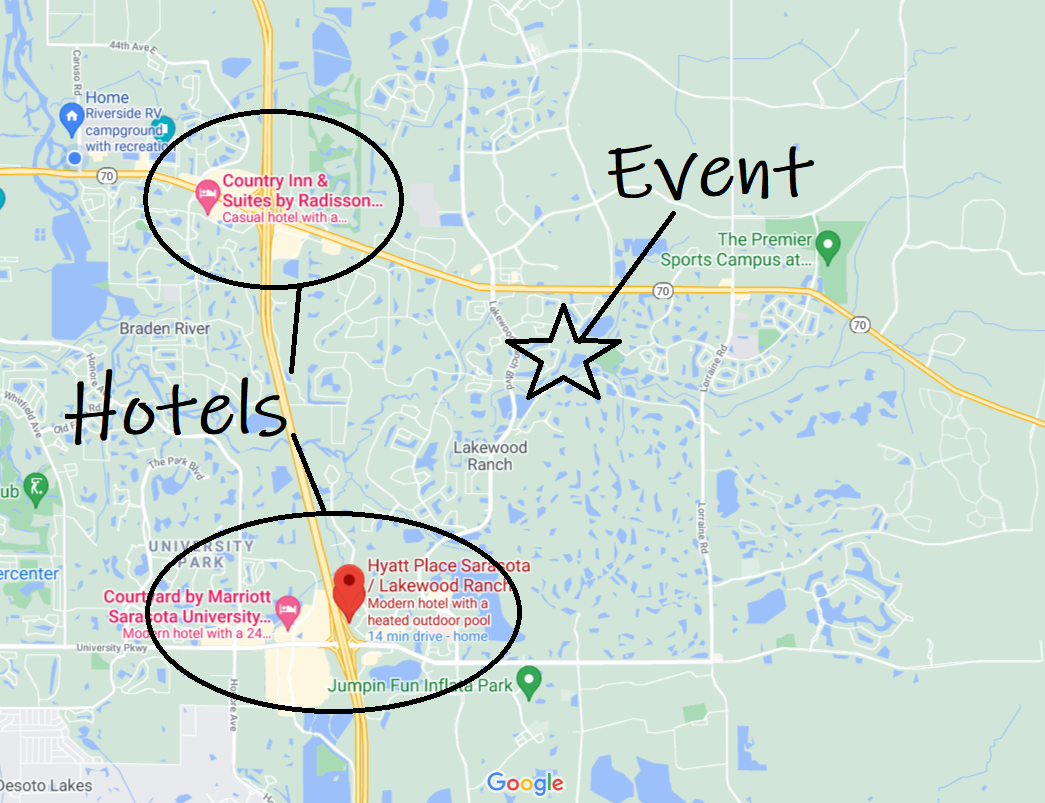 The past few hundred years of evil ‘spell’ing is coming to an end...

Not only did "they" hack yOUR lawful vocabulary,
they hacked yOUR court process too! 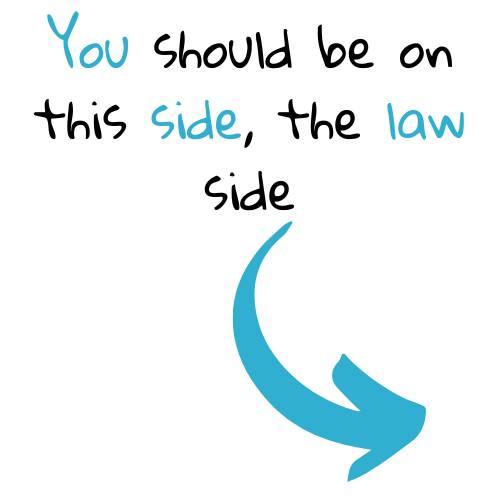 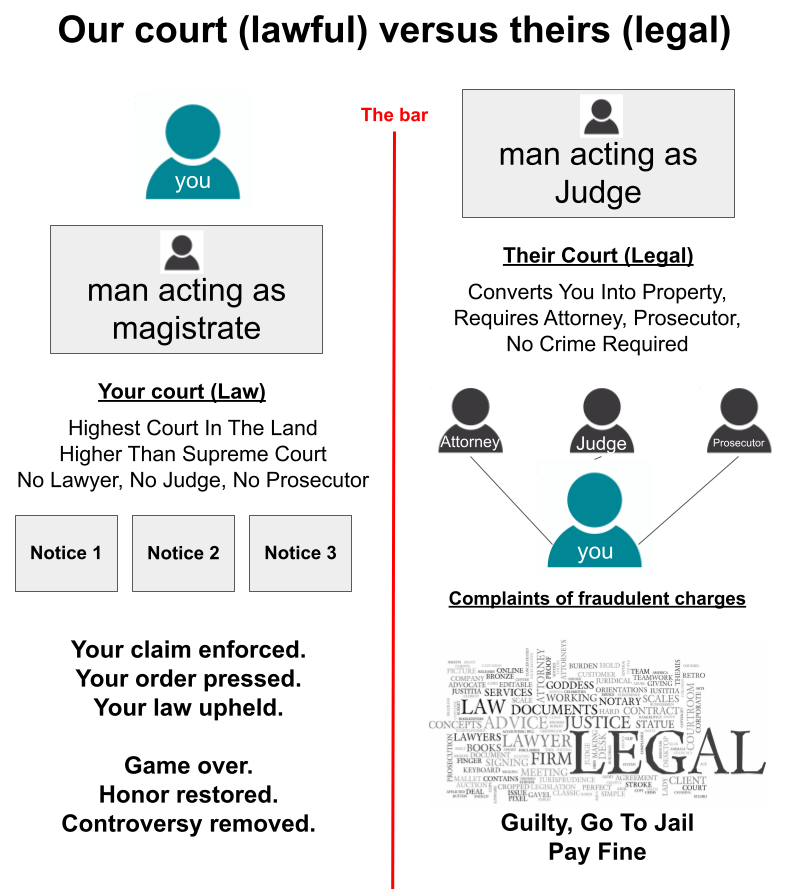 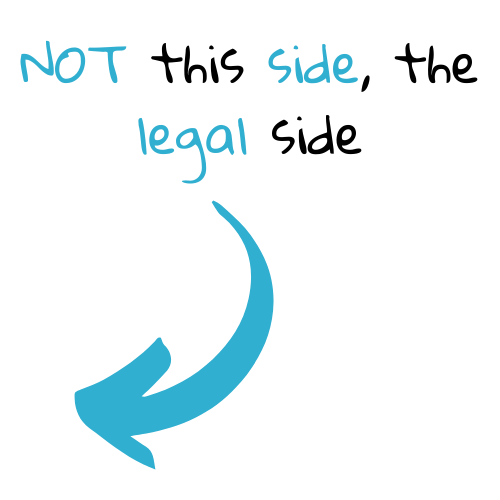 So HOW do you operate in
your court and NOT THEIRS? 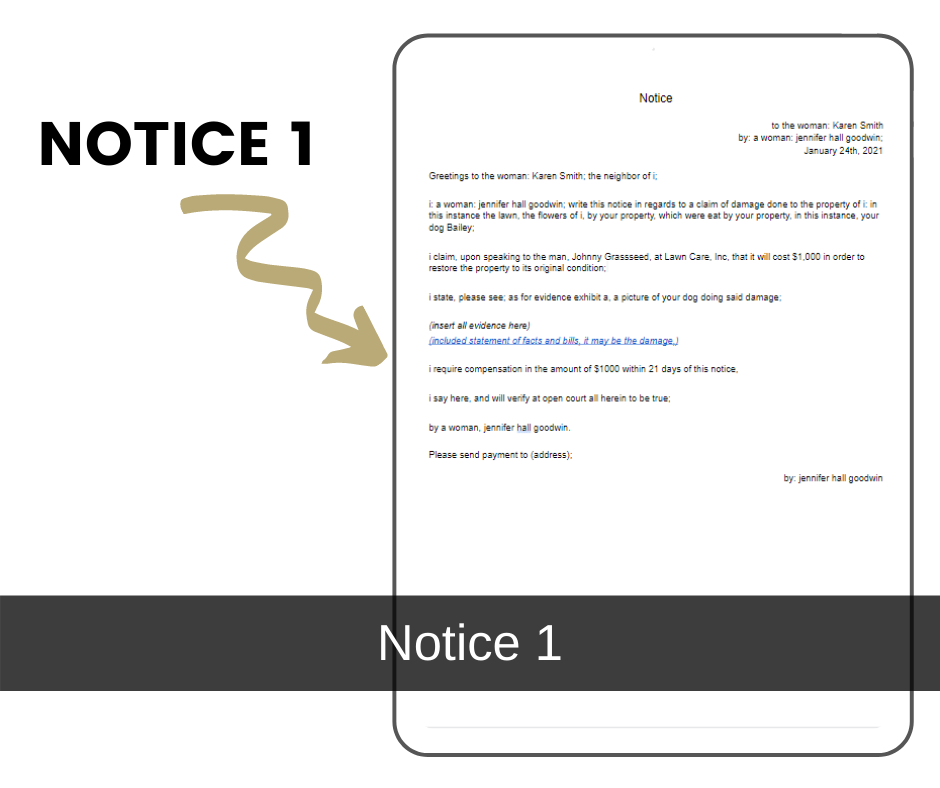 Notice 1 sets the stage for the rest of the notices & holding your own court.
Notice 2: What is their intent? 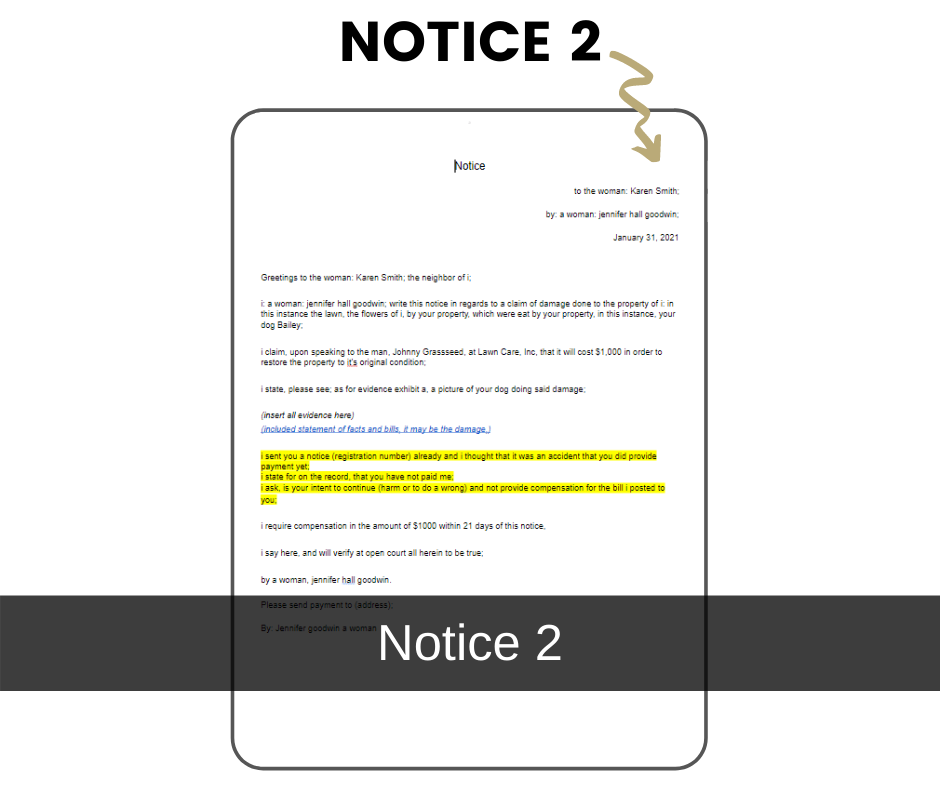 Notice 2 will ask them if it is their intent to create harm or wrong.
Notice 3 = Trespass 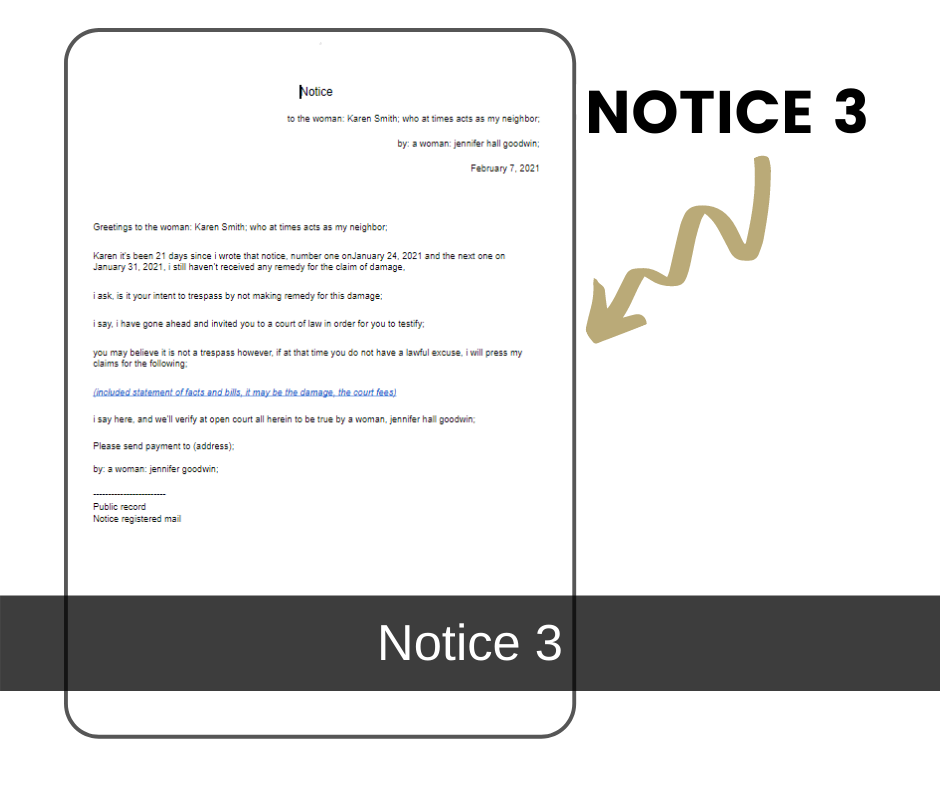 Notice 3 will notify them that you now consider the wrong as a trespass.

Here Is The Big Secret:

“They” aren’t the only ones that can hold court… 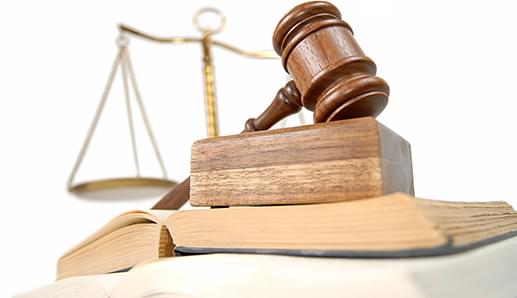 All you need to know is HOW to hold your own court by using the right vocabulary and the right process.

Because the storm IS upon us... 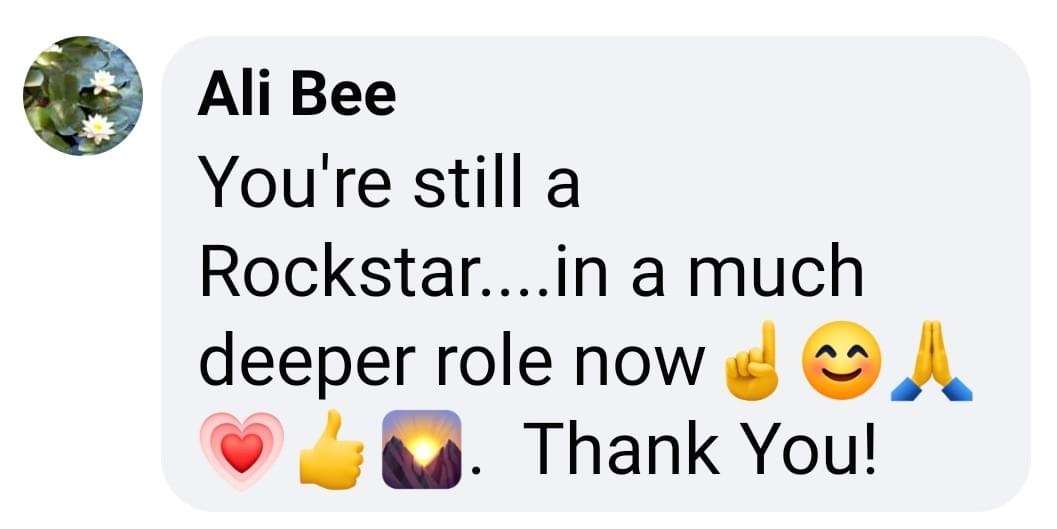 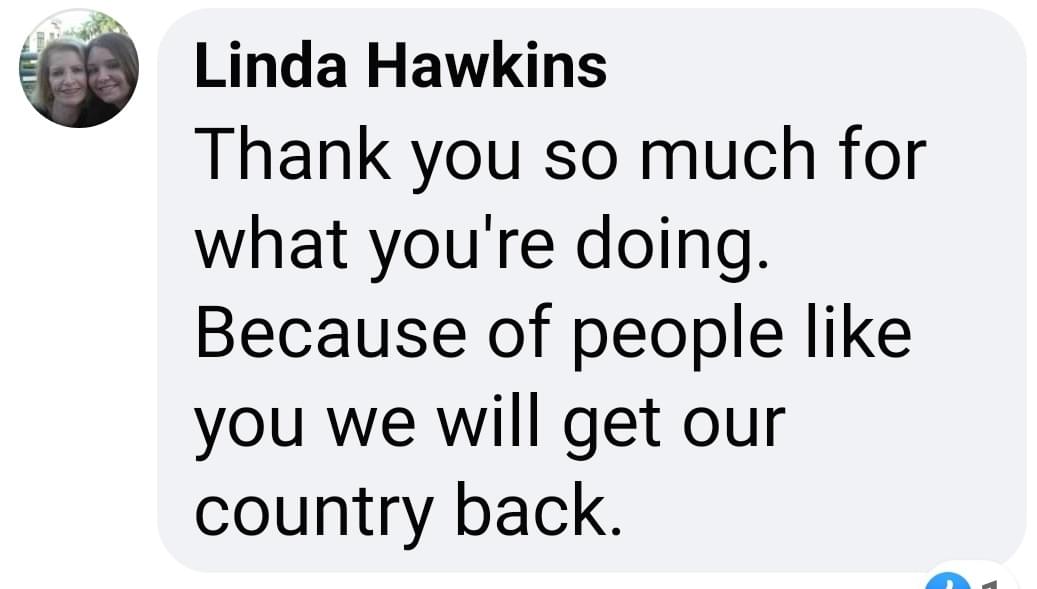 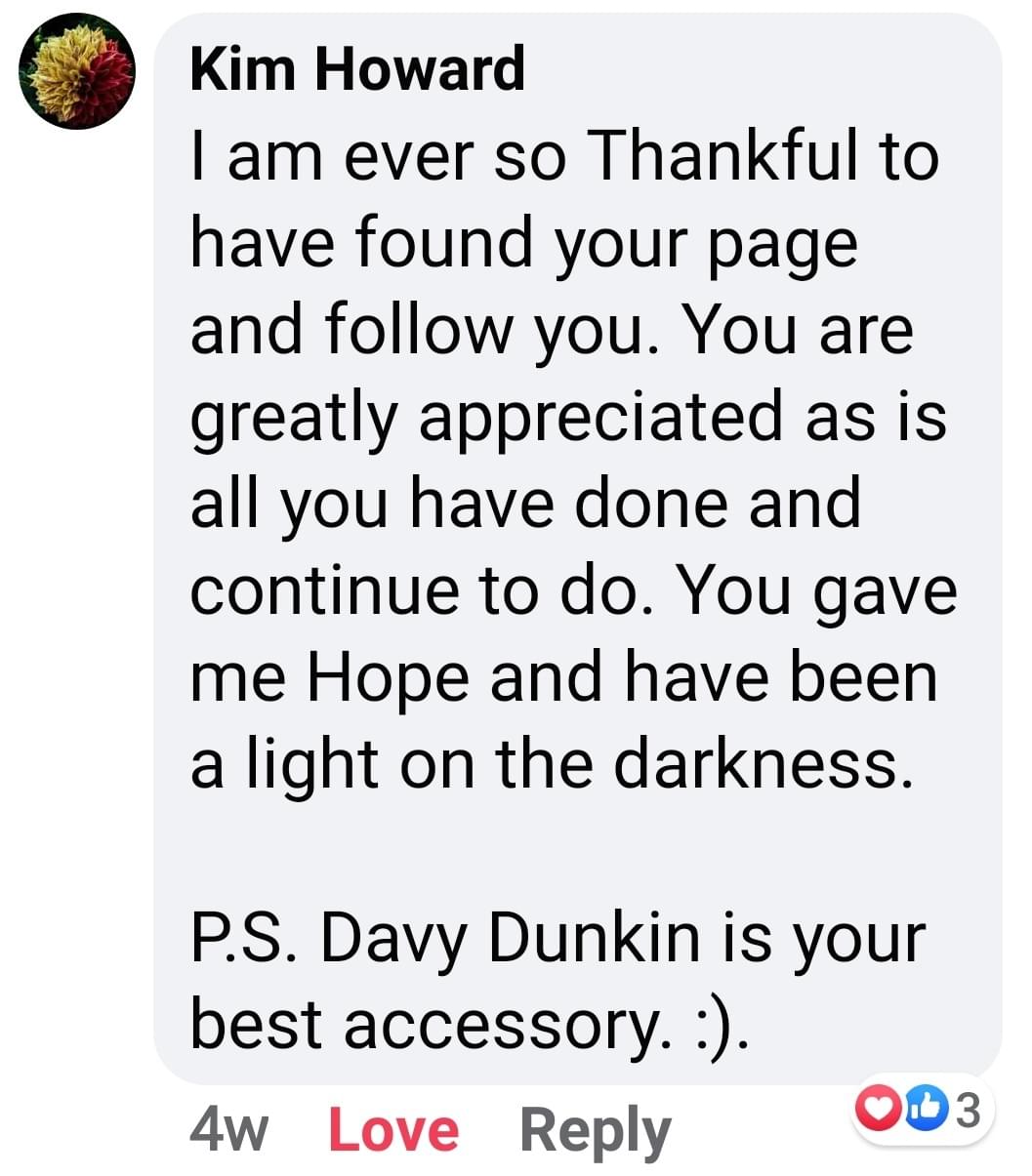 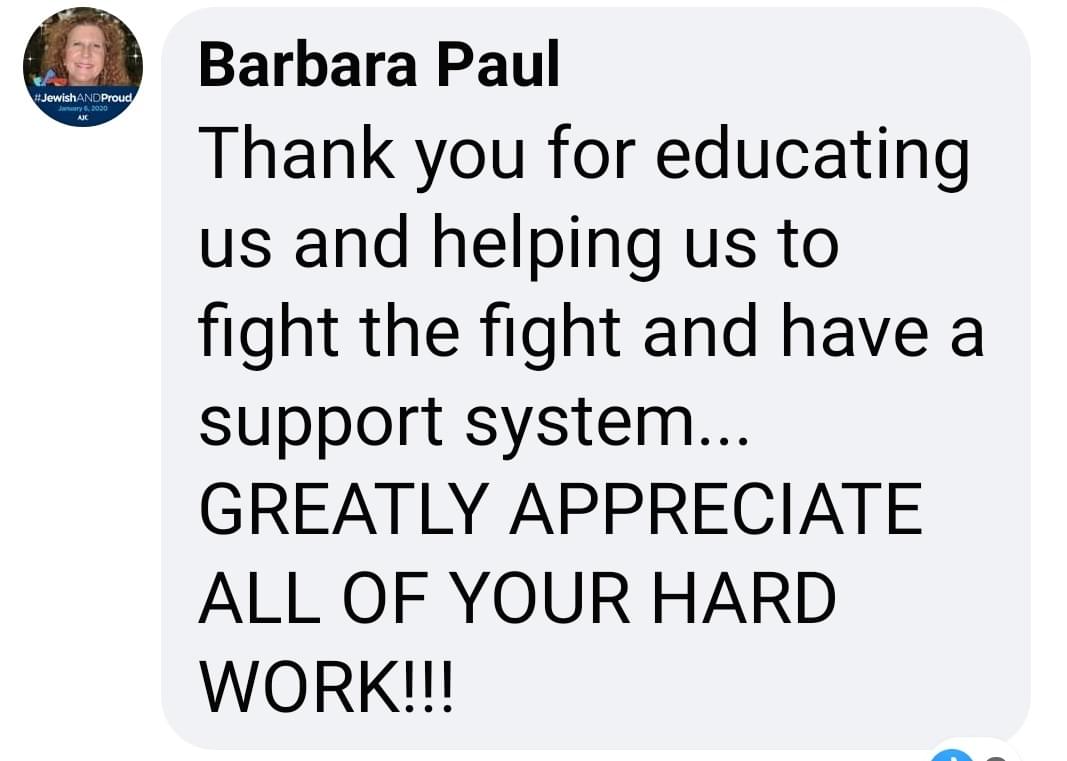 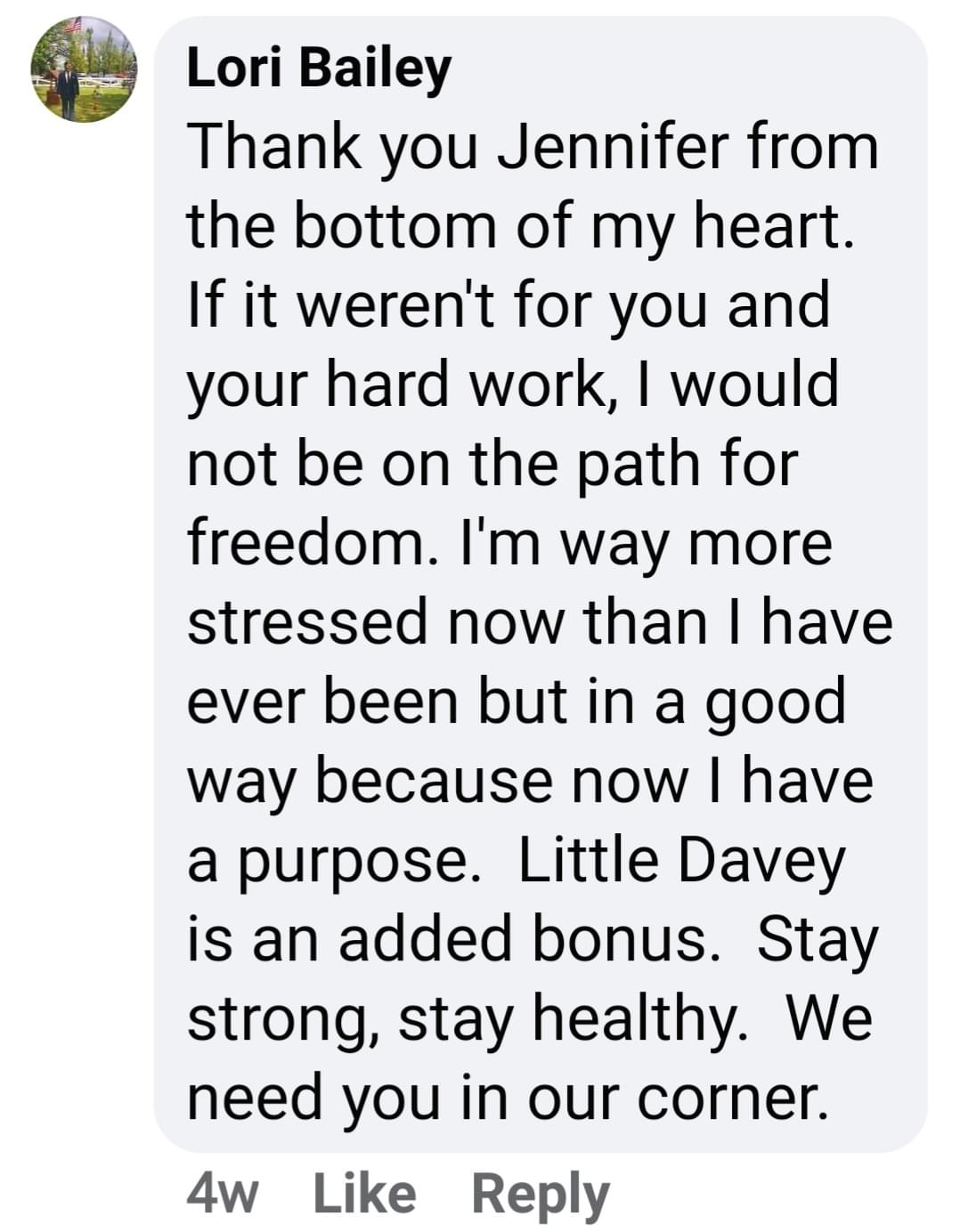